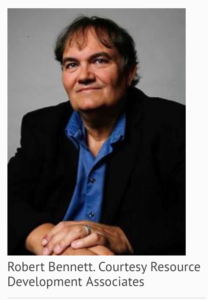 On Friday, June 2, Robert Bennett was killed while walking his dog in the crosswalk at Harrison & 23rd Street, a dangerous and intimating stretch of roadway. We mourn the tragic loss of life of this long-standing Oakland resident, husband and father of five children. We are urging swift action by Oakland Department of Transportation (OakDOT) to eliminate the hazards on Harrison Street at 23rd, where Robert Bennett lost his life.  Every preventable death is a great tragedy. Mr Bennett’s death is even more heartbreaking as this intersection is known as a longstanding problem. We invite OakDOT into a dialogue with other community members to jumpstart changes to this street segment as well as re-evaluate how Oakland prioritizes street improvements.

Walk Oakland Bike Oakland (WOBO) is a non-profit pedestrian and bicycle safety advocacy organization based in Oakland, and we are heart-broken with news of another person dying while walking.  This time, we mourn the tragic death of Robert Bennett of Research Development Associates, while he was walking his dog crossing Harrison Street at 23rd Street, Friday, June 2, 2017. We were founded in 2007 advocating for safety improvements one block away. Now, ten years later, no improvements have been made to Harrison Street north of Grand Avenue, a far too dangerous street as currently designed as a freeway connection between downtown Oakland and 580. It needs to be fixed right away.

Mr. Bennett, and in fact no resident of Oakland, should ever have to walk across a six-lane roadway in a neighborhood where people live, work and enjoy Oakland everyday. It’s one thing for Middle Harbor Road to have six travel lanes out at the Port of Oakland, but Harrison Street is a popular neighborhood street in a densely-populated part of Oakland, used by many people enjoying Lake Merritt everyday, buttressed by schools, market and senior housing. It has to function as a safe place for people walking and bicycling.  And for that, the safety of Oakland residents has to be of utmost priority.

The Broadway Valdez Specific Plan and the Oakland Pedestrian Plan both address safety needs on Harrison Street and our proposed ask above is consistent with these adopted city plans. Walk Oakland Bike Oakland in fact submitted a Comment Letter on the Broadway Valdez Specific Plan, asking for road diets and protected bike lanes throughout the plan area, including Harrison Street. We also note that Robert Prinz of the Oakland Bicyclist and Pedestrian Advisory Commission submitted a SeeClickFix report in December 2015 on the dangerous design of this very intersection: seeclickfix.com/issues/2111654. The delay in implementing changes are the symptoms of chasing improvements at the mercy of the paving schedule and prioritizing automobile throughput speeds over neighborhood livability.

Please make these safety improvements immediately before someone else is killed on this dangerous stretch of Harrison Street. We understand concerns about traffic flow and need for neighborhood input, but argue that interim safety improvements should come first and serve as an opportune moment to assess the changes before finalizing any final, permanent designs for this street.

Thank you in advance for prioritizing this safety issue.